Flu Treatments and Medications to Ease Symptoms of Influenza 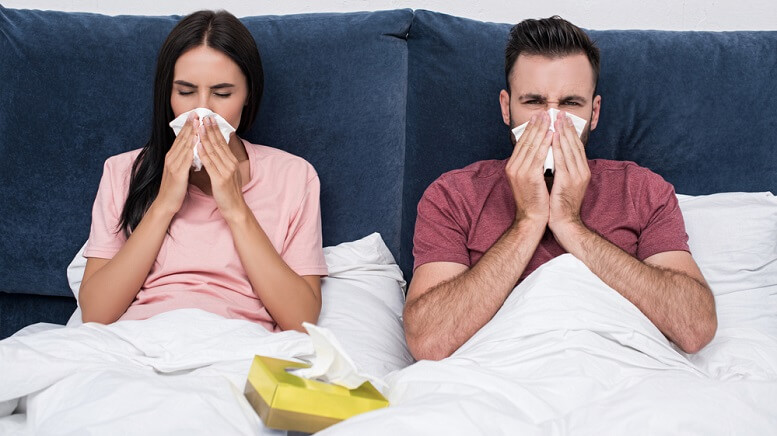 Although there is no cure for influenza, there are flu treatments that can help relieve common symptoms such as cough, fever, and body aches. It also may shorten the time you feel unwell. Keep in mind that you should not give over-the-counter cough and cold medicines to children under age 4.

Your doctor will conduct a physical exam to look for signs and symptoms of influenza, and may even order a test that detects influenza viruses.

The most common test is called a rapid influenza diagnostics test, which looks for substances (antigens) on a swab sample taken from the back of the throat or nose. These tests provide results in about 15 minutes; however, they can vary greatly and aren’t always accurate. Your doctor may diagnose you as a patient with influenza based on symptoms, despite having a negative test result.

There are also sensitive flu tests available in some specialized hospitals and labs.

Usually, only bed rest and plenty of fluids are used to treat the flu. In some cases, however, your doctor may prescribe an antiviral medication, such as oseltamivir (Tamiflu) or zanamivir (Relenza). If taken soon after your symptoms begin, these drugs may shorten your illness by a day or two and help prevent more serious complications.

Oseltamivir is an oral medication, while Zanamivir is inhaled through an asthma inhaler device and shouldn’t be used by anyone with respiratory problems like asthma and lung disease.

The side effects of antiviral medication may include vomiting and nausea. However, these side effects may be lessened if the drug is taken with food. Oseltamivir has also been associated with self-harm behaviors and delirium in teenagers.

Some strains of the flu have become resistant to older antiviral drugs like amantadine and rimantadine (Flumadine).

If the flu is causing you nasal or sinus congestion, then a decongestant can be helpful to reduce swelling in the nasal passageways. If you have a runny nose, postnasal drip, or itchy, watery eyes, an antihistamine may be helpful as a flu treatment. Antihistamines help relieve annoying symptoms, such as sneezing, itching, and nasal discharge.

If you do catch the flu, these measures can help ease your symptoms:

To help control the spread of flu in your community, stay home, and keep sick children at home until the fever has subsided for 24 hours.