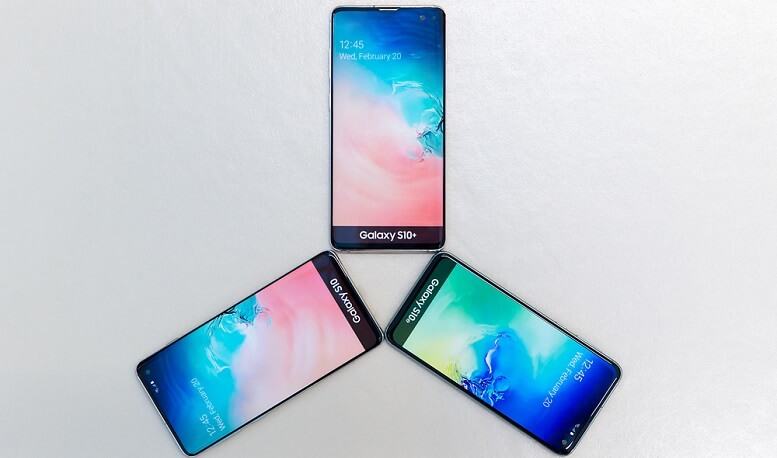 There are three models in the Samsung Galaxy S10 series — the 6.1-inch S10, the 6.4-inch S10+, and the 5.8-inch S10e. Among them, the S10e is a small-screen phone with a non-curved screen and rear dual camera. The remaining two models have no significant differences except for screen size, battery capacity, and front-facing camera (S10 single-shot, S10+ dual-shot).

As the flagship product of the world’s largest mobile phone maker, the current S10 series contains some advanced technology that can sustain its reputation as the king of android phones. Let’s put it bluntly — is the new phone worth buying? I will bring you first-hand fresh information and evaluation feelings.

The Samsung S10 and S10+ are the first phones to be commercially available with ultrasonic fingerprint technology on their screens, and the first AMOLED phones to feature a hole-dug design. With the help of these two technologies, the S10 and S10+ achieve two things: a unified body and a higher screen share; and an almost infinite screen feel (Samsung officially calls it “super sensory full screen”), without affecting the normal functions of the body, and a cleaner and more beautiful back. In terms of appearance level, the S10 and S10+ will definitely rank high on the new plane in 2019.

For the S10e, the more common screen and side prints were chosen (resolution was also reduced from QHD+ to FHD+), but the S10e still performed surprisingly well in terms of bezel thickness and hole size. In addition, the three models have very good measurements and weight control: the largest and heaviest S10+ is only 175g (S10 157g), while the S10e is only 150g, making it very comfortable to use. This time, the screen of the Samsung S10 series is more than just beautiful. The screen performance is much better than an LCD screen by digging holes with an AMOLED screen. Due to the self-illumination principle of OLED, the color of the screen will not be uneven nor will there be any shadows. In addition, when taking selfies, the surrounding pixels are completely turned off, which will not affect the taking of photos due to light leakage.

The screen looks and feels great on the S10 series

The S10e has a rich color palette

In color for wireless charging sharing, the Samsung S10 series comes in three colors — white, glass green, and carbon black — while the Galaxy S10e comes in lime yellow, in addition to the first two. The Galaxy S10+ will also feature two new advanced ceramic models: ceramic black and ceramic white. Limited by space, I will not describe the appearance of the phone in detail here, only the retained and changed content.

The S10 adds an ultra-wide-angle camera, while the S10e lacks a telephoto camera. Limited to the frontal space, this time Samsung has retained facial recognition but eliminated iris recognition. Taken as a whole, this generation of the S10 series looks like the biggest change in recent generations, with an almost frameless design and a hole cut in the upper right side of the body that makes it stand out, but doesn’t push as hard as the full screen. At the same time, the back of the cancellation of fingerprint identification, rear camera module integration enhanced, the texture of the whole machine suddenly improved.

If you are a Samsung fan or have a passion for new technology, you should not hesitate to order one. After all, this generation of S10 almost represents the highest standards in the android camp.