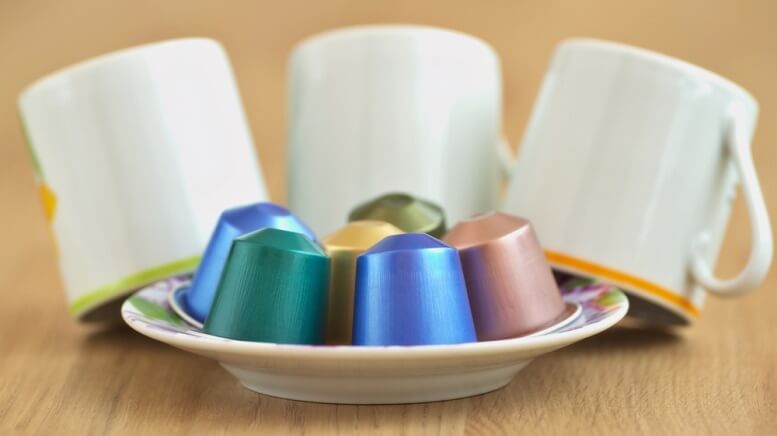 Keurig Green Mountain products include the largest variety of K-Cup pods, such as coffee, tea, hot cocoa, and so on. Its Keurig caffeine capsule, which specializes in American coffee taste and is popular with American consumers, accounts for more than 90 percent of the market in the United States. Most restaurants, hotels, and offices use Keurig’s K-Cup coffee maker. Keurig Green Mountain, originally a coffee shop selling fine coffee, was founded in 1981. After merging with coffee maker Keurig in 2006, it changed its name to Keurig Green Mountain in 2014. In 1997, the fate of Green Mountain and Keurig, as well as the coffee capsule market in the United States, was changed. The K-Cup was born, and Green Mountain became the first coffee manufacturer to supply K-Cup coffee. Keurig K-Cup coffee cooperates with Caribou Coffee, Dunkin’ Donuts, Snapple, Starbucks, UCC coffee and 75 other coffee and professional beverage manufacturers. Every co-operative coffee maker can put their coffee powder into K-Cup and sell it. You can drink the delicious coffee of Starbucks, UCC, or other well-known brands. Starbucks allows Keurig’s coffee flavors and options to be more diverse. For example, Starbucks K-Cup pods cost only $0.75 each, much cheaper compared with a $5 cup of coffee at Starbucks. So, it is attractive to consumers who want to drink Starbucks coffee at home.

You don’t have to spend too much time, nor do you need to make coffee. The K-Cup coffee maker will do all that work quickly. Just touch the button to make delicious coffee. Moreover, the preservation period of capsule coffee is longer than that of ordinary bagged coffee beans. The ground coffee powder is put into the capsule, then the air and hot water flow into the capsule one by one when making coffee. Finally, a single cup of coffee is produced, which not only is convenient but also avoids complicated cleaning.

This delicate machine allows you to drink beverages in a few minutes. You don’t have to take a lot of time to queue for coffee in a pile of people, just enjoy your own coffee time whenever. If you want to make fast, consistent coffee with a consistent taste, and don’t want to bother with tedious cleaning and maintenance, a capsule coffee maker like the Keurig K-Cup coffee maker is the perfect choice. We recommend the Keurig Programmable K-Cup Pod Coffee Maker, which could meet your needs if you want a great single-cup machine. It could brew coffee reliably and quickly with automatic shut-off after 2 hours and a large water reservoir. And another high-quality coffee maker is the Keurig Compact K-Cup Pod Coffee Maker that is exactly like its name, compact and portable. It’s easy to use and very cost-effective.