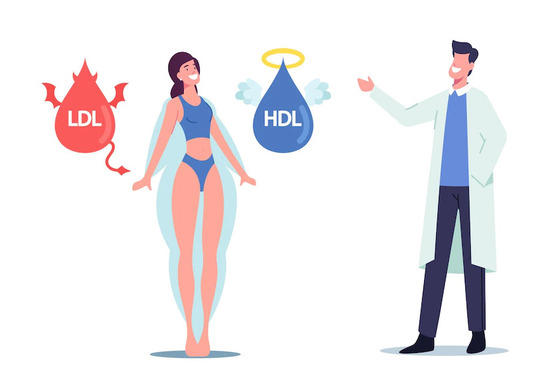 Cholesterol is a waxy substance that is carried in body fats. It exists in two types: LDL and HDL. LDL is more commonly referred to as ‘bad cholesterol’, since it tends to collect inside the arteries which take blood from the heart, clogging them. This can damage the heart, potentially leading to heart attack and stroke.

A relatively new type of drug is being marketed which shows promise in treating high LDL levels in the blood. This type of drug is known as a PCSK9 inhibitor. This means that it blocks an enzyme in the liver known as PCSK9. This enzyme is responsible for the number of low-density lipoprotein (LDL) receptors, which play a part in regulating the amount of cholesterol in the blood. When PCSK9 mutates, it generally causes blood cholesterol levels to rise by negatively affecting the function of LDL receptors in the liver. By blocking the activity of PCSK9, These drugs allow LDL receptors to reduce the amount of LDL in the blood.

One brand of this type of drug is Praluent or alirocumab. In terms of dosage, Praluent is administered as a 75 mg injection once every two weeks. For patients who prefer less frequent injections, a 300 mg dosage can be administered once a month.

In a study of 19,000 patients who were given either Praluent or a placebo, there was a 15% decreased the risk of ‘major cardiovascular events’ like heart attack and stroke among those who took Praluent rather than the placebo. Patients with particularly high LDL levels even showed a 29% reduction in death when they took Praluent rather than a placebo. Patients were over 40 years of age, had high LDL levels are being not responding well to more traditional statin therapies. Read more on the study by clicking here.

According to Praluent’s website, it is not known what effect Praluent has on cholesterol-related issues such as heart attack, stroke, and death. Nor is it known is Praluent is safe for children to take. Although it has been ‘generally well-tolerated’ in over 2,000 patients, common side-effects of Praluent may include flu-like symptoms such as runny nose and sore throat, as well as itching, swelling and pain at the injection site.

To find out more about Praluent, its risks, and financial details, please click here.