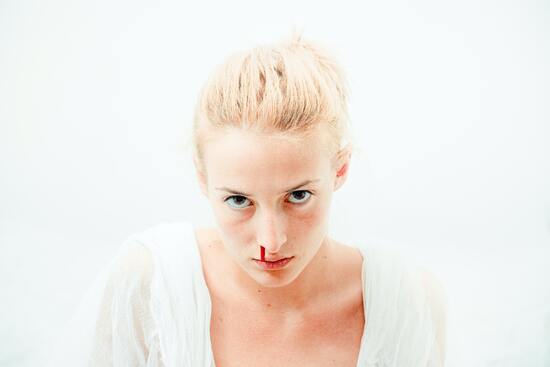 Hemophilia is a disorder which affects the blood’s ability to clot. Blood clotting helps to stop bleeding, both inside and outside of the body. In people with hemophilia, the blood does not clot effectively, leading to excessive bleeding. When bleeding occurs inside the body, it can damage organs and tissues and potentially be life-threatening.

Hemophilia is usually inherited, meaning that it is passed on through families from parents to children. It usually occurs in males, and around 1 in 5,000 males are born with it each year. It can be mild, moderate or severe. Symptoms include nosebleeds, lots of blood loss from cuts, long-term bleeding after tooth removal, large bruises, or blood in urine or stool. Sometimes, bleeding in the brain can occur in people with hemophilia. This is serious. Sometimes, even a small bump to the head can cause it. If headaches, neck pain, vomiting, weakness, or sleepiness occur, they can be signs of bleeding in the brain and emergency medical help is necessary. To read more about hemophilia, click here.

Although blood donations are screened and treated for diseases, clotting factors can be made without donated blood to minimize risks. These are called recombinant clotting factors.

Replacement therapy carries risks. A patient’s body may begin developing antibodies to attack the new clotting factors, rendering them useless. According to the National Heart, Lung and Blood Institute, this occurs in roughly 20 to 30 percent of hemophilia A patients and in 2 to 5 percent of hemophilia B patients. Another risk includes viral infections resulting from the new clotting factors from blood donations. However, this is unlikely due to blood screening.

Other hemophilia treatments include medications such as Desmopressin, a man-made hormone which can treat mild hemophilia A. It is typically only used in certain situations, like before sports. Other types of medicine include antifibrinolytic medicines, which are usually given in pill form to prevent clots from breaking down.

Talk to your doctor about which hemophilia treatments and medicines are right for you. Remember to discuss their side effects and how they affect other medicines you may be taking. It is very important to tell your doctor about all other medications you are on and other conditions or allergies that you have. To read more about these medications and other types of hemophilia treatments, please click here.