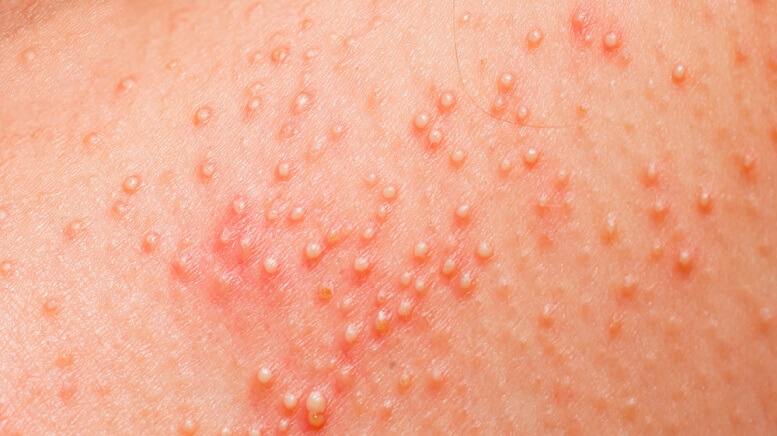 Atopic dermatitis – a type of eczema – is a condition characterized by red, itchy rashes that form on the skin when the skin is unable to hold moisture well. Although atopic dermatitis is not life-threatening or contagious, nearly 10% of the population in the United States is being affected by it.

Symptoms of atopic dermatitis vary in terms of severity from very mild to severe, and the severity of symptoms typically depends on the method of treatment. Despite not being a serious condition, atopic dermatitis can have an overall negative effect on an individual’s everyday life, causing considerable discomfort and emotional stress.

Here is a guide to understanding the causes, symptoms, diagnosis, and treatment options of atopic dermatitis.

Perhaps the most common symptom brought on by atopic dermatitis is itchiness, which is usually relentless and results in rashes over time. Atopic dermatitis rashes are dry, red, and flaky. Scratching affected skin may lead to fluid-filled blisters and infections that can only be cleared up with a proper treatment method. Long-lasting rashes can eventually become rough and crusty if the patient continues to scratch the affected areas of skin.

Although the exact cause of atopic dermatitis has yet to be discovered, it is linked with a family history of allergies, particularly allergic rhinitis. In fact, the irritation or rash that atopic dermatitis brings on is thought to be akin to an allergic reaction.

Certain things can also trigger the rash and itching associated with atopic dermatitis such as:

Doctors do not usually require lab tests to recognize atopic dermatitis and rely mainly on a review of your medical history and a thorough examination of your skin. However, your doctor may choose to order some tests such as patch testing to eliminate the possibility of other skin conditions to be able to reach a conclusive diagnosis.

Atopic dermatitis is incurable, but with the right treatment, it is possible to improve symptoms or even get rid of them for extended periods.

For those with mild atopic dermatitis, over-the-counter treatment options such as daily moisturizing may suffice to prevent flare-ups. Pinpointing and steering clear of your triggers can also help you avoid recurring flare-ups and more aggressive treatment options.

If these options prove to be ineffective, a physician may suggest you use an antihistamine to relieve itching, which is available over-the-counter. A good example is Benadryl. Although these medicines are not potent enough to clear up rashes, they can alleviate the itching enough to stop you from scratching them. Antihistamines can be taken in combination with hydrocortisone ointments, which also lessen swelling and itching.

If you find that over-the-counter options do not improve your symptoms at all, your doctor can prescribe you corticosteroids. Corticosteroids are a group of steroids similar to hydrocortisone but more potent, meaning they can only be used for a short time to avoid adverse side effects.

Besides relieving the physical symptoms, a part of atopic dermatitis treatment can also involve a type of talk therapy, which may be particularly essential for younger patients. Atopic dermatitis is very noticeable and can cause embarrassment for some patients. Seeking professional counseling may provide patients with an outlet to talk about their struggles and feelings concerning the condition.