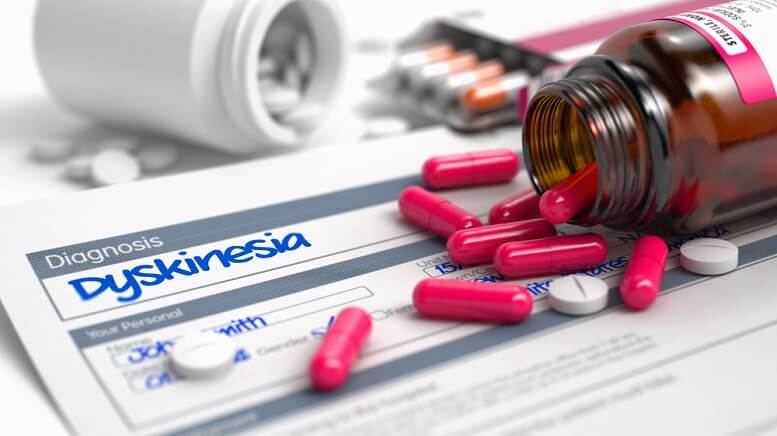 Tardive dyskinesia (TD) refers to involuntary movement characterized by uncontrolled facial movements. It usually occurs in patients who have been treated with long-term dopaminergic antagonist medications. Some movement disorders, like repetitive tongue movement, twitching, thrusting, and extremities are the common signs of TD. It can also cause movements of the limbs or torso. Additionally, TD might be a side effect of long-term use of neuroleptic drugs. People with schizophrenia and other neuropsychiatric disorders are prone to developing TD after exposure to substances of abuse, conventional neuroleptics, anticholinergics, toxins, and other agents.

Tardive dyskinesia symptoms may appear while taking an antipsychotic medication. It can cause repetitive, involuntary, and purposeless movements, and the primary symptom of TD is involuntary facial movements, such as:

Tardive dyskinesia is often a very serious side effect of neuroleptic, or antipsychotic, drugs. These drugs work to block schizophrenia, bipolar disorder, and other mental health conditions, which can help control muscle movement. Most of the time, anyone who has taken neuroleptic drugs for a long time can develop tardive dyskinesia. People who are taking an older version of these drugs are at greater risk. Some individuals, including elderly people, woman, people with diabetes, people with mood disorders, and people with other neurological conditions, will be more likely to develop TD than others.

Medications that commonly cause tardive dyskinesia include:

Not everyone will develop TD when taking these drugs. Some people will be treated after they stop taking this medication. Therefore, if you have the symptoms of TD, go see the doctor.

Decreasing the dosage or discontinuing the medication that causes the condition may help to treat tardive dyskinesia. However, this action may also cause worse results. If symptoms worsen, it is very important to get diagnosed and find the relevant treatments about tardive dyskinesia as soon as possible.

When you find the symptoms of tardive dyskinesia like movement problems, tell your doctor; don’t stop taking the drugs on your own. Your doctor will either get you to stop taking the medicating, decrease your dosage, or prescribe you something else.

If decreasing or stopping the use of the dyskinesia-causing drugs does not relieve the symptoms, there are some other courses of treatment available. Diagnosing symptoms carefully can find the right treatment of tardive dyskinesia.