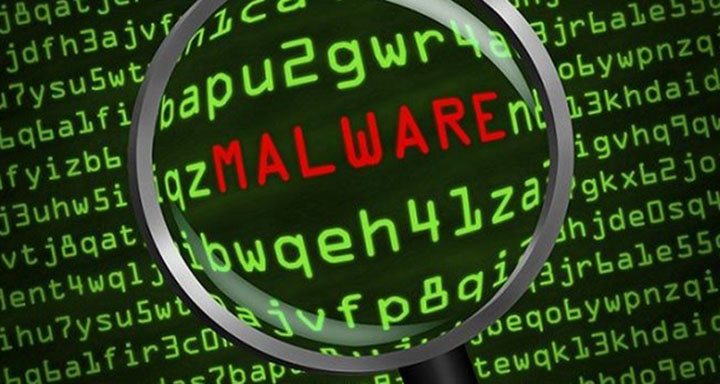 Networks come in many different types and have different purposes according to their specific areas of application. For instance, the network for a bank could be entirely different from the kind of network provided by a major ISP. These networks are never entirely safe from attacks on the outside nor on the inside, meaning that network security is an important part of all this. Without proper care and precautions, a network can become infected by malware which could then result in a significantly lower level of performance and a degraded quality of the signal being propagated through the network.

Malware is a kind of software that intrudes onto a network, thus causing the network to have issues moving data from one node to the other. When malware jumps onto your network, it can do a lot of damage depending on what the attacker intended to do with your network using the bug. For instance, the attacker could have crafted a piece of malware to enable him or her to use your network to mask their other attacks.

Additionally, malware can significantly reduce the performance level of a network, causing complaints from the users and an overall poor user experience on the network. When some insidious attack leaves your network exposed, often other attackers will often make your network the gateway for any of their other attacks regardless of the intended target. This often leaves a trail of evidence leading right to your institution, thus placing you into legal trouble with the authorities.

In addition to making your computer network vulnerable to attacks, malware can bring damage to your data by changing files or concealing executables in a form that is not easily detectable as you go about your day to day activities. This can also lead to loss of precious data if not properly encrypted and kept safe behind a secure firewall. Malware eats your data gradually, making it useless or unusable from your end. However, if the attacker or the person who crafted the malware wishes, they can conceal other binaries in the packages in order to make all the attacks carried out through your network seem as though they originated from your computer network.

The performance of your network is a very crucial factor, especially considering the fact that a network carries a ton of data in both directions each day. Therefore, you should beware of leaks and infections in your local network by taking into consideration a couple of precautions which will ensure that you conduct regular sweeps of all your filesystems and networking protocols in order to detect any seed malware before it sprouts into a heinous entity that can significantly damage the network. Malware can seem to be pretty harmless at first but as soon as all the conditions are right for it to complete its mission, you will be caught unawares with all your files either eaten or modified to suit the requirements of the person who crafted this malware in the first place.

Malware can hog your network utilities and resources such as bandwidth, routers, energy, gateway devices and even firewalls. Some advanced form of malware has agent-based reasoning which they use to mask themselves in order to sneak past your firewall undetected as a dead piece of code which only springs into action once it has gotten to the safe zone of your network. This can the escalate into a privileges theft where you have a root administrator on your network that you did not previously have and as a result, your entire facility is in the hands of an attacker who can then use the malware installed to take over your devices, data, access privileges and much more.

If your network is a subnet of a larger network such as an ISP or in a zoned out section of the larger network an institution has provided, then taking necessary precautions to avoid or detect malware in action can prove to be truly useful. For instance, an attacker could go on a privilege escalation spree and modify all your access credentials to data and other networks. This could then develop into a game of cat and mouse as all of the attacks will seem to be coming from your network, thus placing you in a suspicious position with the authorities.

Your data and files are very sensitive as well as being precious to both you and the attacker. If an attacker takes their time to research your network to a deeper level and craft special code with recursive algorithms for deep access, you will be left indisposed. That is unless you have a routine habit of upgrading your firewall and doing sweeps of all your networking devices. Then, you’ll be able to find that your gateway is being used to divert bandwidth to other purposes such as piggybacking your network to use it for attacks on other targets and making you the suspect as well as a victim.

IT security is, therefore, important and you should be careful with malware on your network and devices since it can cause significant damage to your company and its reputation. Installing the latest and most stable firewalls to defend your network, as well as constantly changing access codes (so that the malware is locked out after some time) can also prove efficient in detecting the malicious code. That way, it can be neutralized before it mutates into something on your network that is even more costly to manage. IT security is constantly threatened and bogged down by such malware. Malware can reduce the performance of your network significantly, which is one of the indicators that someone is riding on your network in an unauthorized manner. In the case of performance lags that last for a long time or occur repeatedly, it is essential that you patch all your applications and devices for a sturdier defense against malware.

In conclusion, malware is very dangerous for a network and can be used to escalate privileges for attackers leaving you vulnerable to other attacks. As the saying goes, prevention is the best form of defense. Having firewalls on your devices as well as carefully sectioning your network into zones of access can often prove to be a great means of working against undetected malware eating into your network. Overall, network security means eliminating malware before it even gains cognition of the host environment in which it has been installed.